It's Time to Play and Learn More About The Rubik's Cube

Puzzles are a great pastime or activity for kids and adults. Whether you are solving a crossword puzzle, search puzzles, or jigsaw puzzles, these activities have one thing in common- they boost your brain.

Rubik's cube is a puzzle that's known to many. But, unfortunately, if people have one, it is often stuck on the shelf unsolved. According to On the Clock, less than 5.8% of the population can solve the Rubik's cube.

So what is this cube puzzle all about?

What is a Rubik's Cube?

This cube puzzle, created by the professor and sculptor Ernő Rubik in 1974, consists of 26 colored cubes that rotate from its axis. Rubik got the concept of the cube from the magic square in Jiugong map in China.

Initially called a magic cube, Rubik's puzzle was designed based on his desire to present a 3D model to his students. It took the professor months to invent the puzzle- created from rubber bands, wood, glue, and a paper clip.

The main goal of this puzzle is when twisted from its original position, it should be correctly positioned back to its arrangement. You should rotate the cubes to bring them back to their original color.

Benefits of a Rubik's Cube

People usually buy a Rubik's cube out of curiosity. But the great thing about playing with it is it can benefit your brain in so many ways. So what are the benefits of a Rubik's cube?

The second benefit of playing the cube is it enhances concentration. Since there are many trials and errors from completing the puzzle, concentration and determination are strengthened.

You can also increase your agility and speed in solving a Rubik's cube with enough practice. Playing with it optimizes human reflexes. After all, this cube puzzle is considered in competitions to be a game of speed.

Another benefit of playing the cube is it helps kids and adults to improve their patience. It takes many trials and errors and strategies to complete the puzzle. Patience is a necessary character everyone must possess, especially when faced with challenging tasks in life.

Who Solved the First Rubik's Cube? 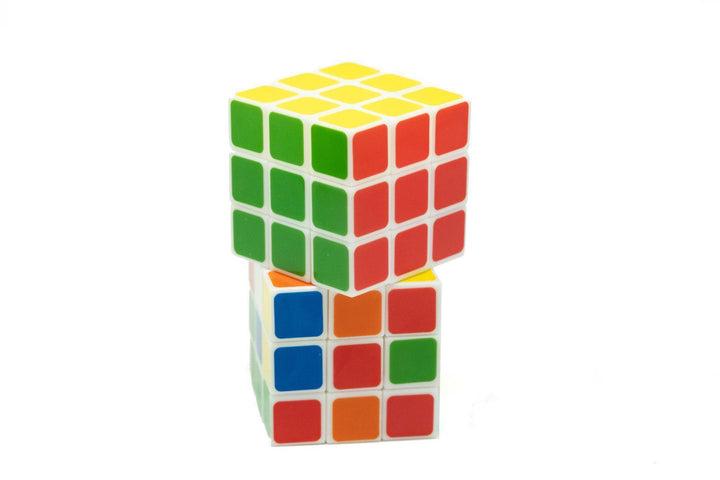 Almost half a century since its invention, the magic cube remains an international hit. But who was the first person who finished solving the cube? It was no other than the creator of the Rubik's cube itself, Ernő Rubik.

It took Rubik one month of struggle to solve the magic cube. At first, he was uncertain if the cube puzzle could ever be solved. After a month of trying, Rubik felt a sense of accomplishment after finally solving his invention.

How can I solve Rubik's Cube?

Where to Buy Cheap Rubik's Cube in Singapore?

If you want to know the best store Rubik's cube Singapore has, look no further! One Dollar Only is the store for you. We have all of the popular traditional games in Singapore, from pick up sticks to snake and ladders, all from the low price of $1.

One Dollar Only, an online store in Singapore, sells Rubik's cubes at an affordable price. Additionally, there's no need to worry about the quality of the items because we have been a trusted wholesale shop since 1996. One Dollar Only has been catering to Singaporeans' needs for more than twenty years.

Looking to get them as gifts for your school or organization? We do wholesale / bulk orders as well!

Here are the good Rubik's cubes you can find at One Dollar Only:

1) Rubik's Cube (Full Sized)
This full sized Rubik's cube costs $1 each. Play with this affordable magic cube and learn how to solve the puzzle! They are a great option as gifts as well.
If you're looking to get customised Rubik's Cube, One Dollar Only also does customisation and wholesale orders. Simply email us at sales@onedollaronly.com.sg to start the conversation! 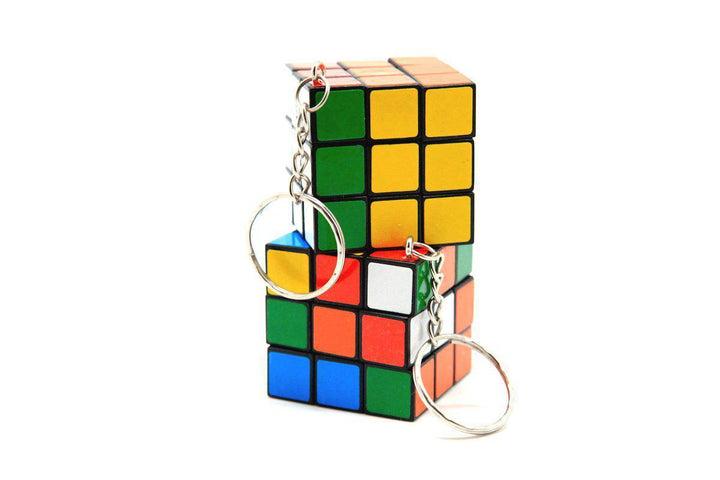 2) Rubik's Cube Key Chain
If you're someone who gets bored easily and want to solve these cube puzzles on the go, this mini cube key chain is your choice.
Learn more about the traditional games we used to play as we share more about the different childhood games Singaporeans grew up playing.
Discover more about the history of old school games in our Good Old Days series:
Share: